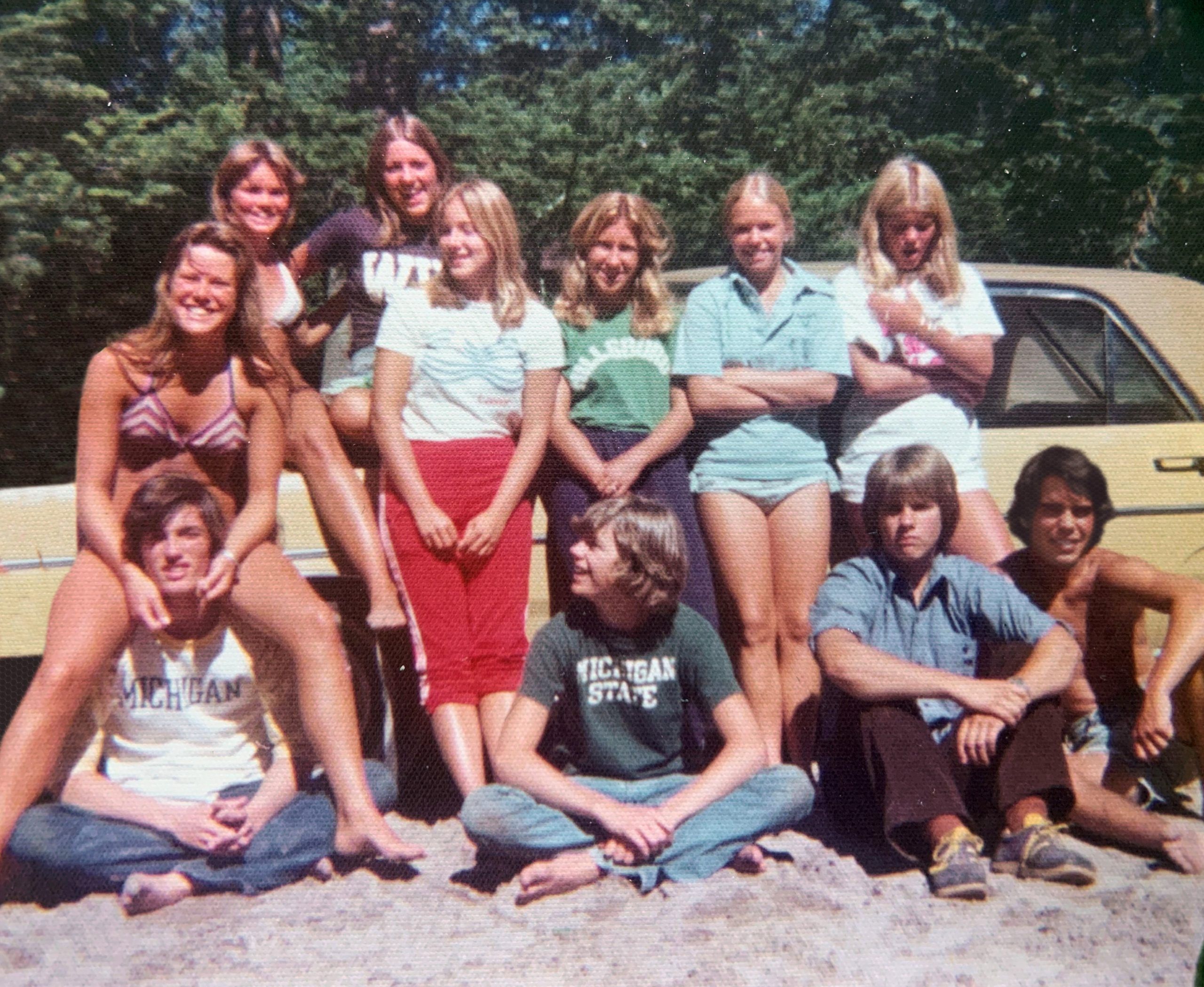 Pete Tiernan has vacationed in Bruce Beach since he was four years old in 1963. His experiences over the years inspired a long-thought novel that came true just over a year ago. He was inspired to write the novel 25 years ago and returned to it during the pandemic.

“My parents and I have always rented cabins, but my brother bought a cabin a few years ago,” he explained. “The main cabin in the book was between two cabins I stayed in and belonged to a friend of my mum.”

“I was always drawn to this cottage because of the ravine that ran along it, which becomes a key point of conflict in the book,” Tiernan continued. “This ravine has flooded a lot over the past few years, and I’m sure you’re aware of all the flooding that’s happened on Bruce Beach Rd. In a strange coincidence, just days after finishing my first draft of the book, which imagines a catastrophic flood, the same ravine suffered an actual flood and the cabin of the protagonist’s nemesis was damaged. I know the current owners of this chalet.

The book plays quickly and freely with reality and fiction. For one thing, it’s called “Boiler Beach,” but it’s really about the community of Bruce Beach.

“I also moved things around to serve the story, like putting the boiler on Bruce Beach,” he explained. “Having said that, there are also a lot of facts in the story: I refer to things like Holyrood Ice Cream, a beach shop that was on top of the hill on Concession 8, several landmarks in Kincardine, like the original Pine River Cheese Factory (not the one that recently closed on the 21st), the old Hotel Windsor dive bar, and more.”

“Again, many key locations in the book have been fictionalized – there was no second-hand laundromat/bookstore named Tommy’s Wondermat. There is no bar named Wendy O’Shea’s. There was no Aurora Quest restaurant,” Tiernan continued. However, his fictional settings are loosely based on real locations. “On a personal level, many stories from my childhood and teenage years are real. For example, we stole a bunch of Bruce Power suits from a cleaner on Queen Street. We partied at Cozee Corner’s on Boiler Beach Road.

“The ‘gang’ was real (in the attached photo) – I’m the one with the girl sitting on my shoulders.”

The girl in the picture and the man with the Michigan State shirt are who the book is dedicated to. They both died young; Dave MacLennan from a boating accident which is the inspiration for an accident in the book.

“Finally, historically, much of what I write is true: there is a ridge from Amberley to Alpena in Michigan that was above water 9,000 years ago and has effectively cut the lake in half,” Tiernan said. “You know the Mennonites in the area and the Stony Point First Nation Indigenous people to the south. There was a famous golfer named Moe Norman, and so on.

Tiernan hopes residents will find this mix of the real and the imagined interesting.

“I’m trying to capture Kincardine at a time that was close to my heart…and quickly disappearing,” he said. “Others expressed that I had understood correctly…although some felt the need to point out inaccuracies, such as the fact that I placed the Windsor on the wrong corner.”

The book is set in the summer of 2018, over a period of approximately three weeks, and is written from the point of view of the main character, Tommy McTavish. However, he is haunted by events from his past dating back to the early 1980s. Tiernan was 18 in 1977, and so he created Tommy about four years younger than he actually was.

“I’ve wanted to write a story about Bruce Beach for over 25 years,” he said. “I started once in the early 90s and couldn’t finish it because there was so much I wanted to say. I wanted to pay homage to that magical paradise I knew when I was a child and make some observations about its development.

“I wanted to capture all of the dynamics that were happening in the area – the nuclear power plant, the wind tunnel controversies, the concerns about corporate pig farming and the damage to the watershed…and I wanted to personalize it all in telling the story of the gang that was so special to me and our loss of innocence,” Tiernan explained. my writer.”

This is Tiernan’s first published novel. He has a short story book called “History of the House Next Door” which he published a few years ago.

“Writing has been a part of my life since long before my days as an English teacher and master’s student at the University of Michigan,” he said. “I’ve written for magazines and newspapers, I’ve written about college basketball for a long time for ESPN and CBS Sports, I have a day job as a creative director at Siemens. But my passion is to tell stories. In fact, I’ve nearly finished my next book, tentatively titled “Six Trees,” which traces one family’s story through six Christmas trees they’ve owned over the course of 50 years.

Tiernan had editorial assistance from his wife and a friend from Kincardine, Evelyn Venner.

The book is available at Fincher’s, locally, and can also be purchased on Amazon https://www.amazon.com/dp/1732571716