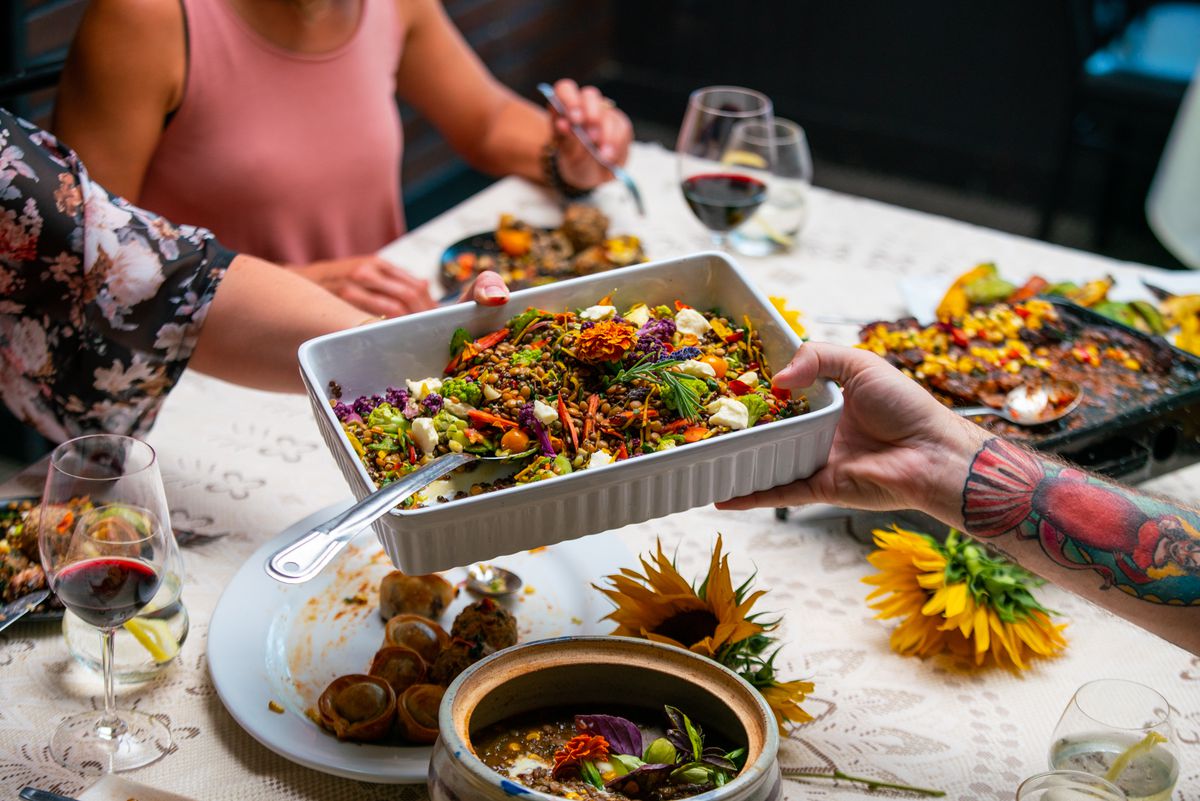 While the past twelve months seemed to flirt with normalcy, it’s pretty obvious that we’re not clear in COVID-19 just yet.

From the beginnings of a breathtaking Saskatchewan-focused docu-series to the proliferation of contemporary food scraps in Alberta, here are ten highlights of 2021 in prairie food and drink.

If you are not from the Prairies, what do you really know about Saskatchewan?

Writer and author Jenn Sharp set out to educate Canadians about the depth and breadth of her home province’s culinary community and agricultural achievements through docuseries. Flat food. The six-part series was co-produced by videographer Adrian Halter and aired on CityTV Saskatchewan in early 2021.

As the host of the series, Ms.Sharp went for food in the Wanuskewin River Valley with native elders and remote forests with chefs like Hearth’s Thayne Robstad and Beth Rogers, milled flour at from heirloom cereals and made bread with the amazing baker Bryn Rawlyk of The Night. Oven. She has also brewed beer from lentils with Regina’s Rebellion Brewing.

Things were very informative, of course, but it was probably Ms. Sharp’s passion and warm demeanor that helped Flat food get a green light for season two. Expect this to air on CityTV in 2022.

Restaurants located at elevations higher than, say, a floor or two, are generally known to offer inflated prices and below-par food in return for some sort of awe-inspiring view.

Despite being on the 40th floor of a downtown skyscraper, offering captivating views of Calgary and the surrounding area, Concorde Group’s new crown jewel, Major Tom, makes no sacrifice with his quality of experience.

After being in the works for more than two years and having its opening delayed for months and months due to the pandemic, the restaurant has been the most sought-after reservation in Calgary since opening in July 2021.

Executive Chef Garrett Martin brings a lot of sparkle to the menu of what might otherwise be interpreted as a luxury steakhouse. Start with the egg yolk fried egg topped with pepperoni jam and homemade ‘tots’ with whipped sturgeon and you’ll be climbing high in no time.

When I ran into Ms. Lessard in October, she had just finished a TV production in Toronto and was now preparing for a storm on the east coast. As one of the guest chefs attending Devour! The Food Film Fest, she served aboriginal cuisine to enthusiastic attendees in the quaint town of Wolfville, Nova Scotia.

I leaned over to listen to the chef tell tales of her heritage and her prairie ingredients as people approached to taste her pan-seared bison steak with nettle puree. She talks about her role with Wanuskewin Heritage Park as a culinary consultant where she leads groups through the river valley to learn about foraging before sitting down to dinner with Indigenous Elders.

Being featured as a celebrity chef at a major culinary festival so far from home (Regina), her active participation in the Indigenous Culinary of Associated Nations and her latest work with the Saskatchewan Health Authority to create menus of native dishes for native patients are three notable things. worthy of three great cheers.

With Canadian cities such as Winnipeg, Toronto and Montreal having repeatedly proven the success of the food hall model over the past few years, it always seemed a little odd that Alberta’s two big cities were lackingâ€¦ until ‘to this year.

While Calgary’s other food hall inside the Beltline District is not yet fully functional, it’s a safe bet that this space will be packed in early 2022.

Wilfred’s imaginative design and atmosphere have been appreciated by many since its initial opening in 2018. After trials and tribulations related to the pandemic, the restaurant has closed, albeit temporarily.

Fast forward to summer 2021 and it has announced plans for a reopening with a twist thanks to a collaboration with Calgary’s first ice cream maker Made By Marcus. Wilfred’s menu may be streamlined, but his feel-good vibes are back and better than ever.

Award-winning chef Emily Butcher (formerly deer + almond) was Winnipeg’s first chef in a decade to participate in Top Chef Canada in her ninth season last spring. While Ms Butcher may not have made it to the final, she landed a respectable sixth place finish and earned a reputation as a fan favorite of the series.

The chef took advantage of the spotlight on her and has now opened his own restaurant, Nola, in collaboration with Mike Del Buono of King + Bannatyne. Here, Ms. Butcher lets her creativity run wild with a menu centered on small plates and unorthodox flavor combinations.

If you’re wondering if her Top Chef Canada episode winner of Twice Baked Potato Gnocchi with White Butter Sauerkraut is on the menu, the answer is yes!

A food scene can always benefit from the fact that some of its most talented individuals go abroadâ€¦ as long as they return home at some point.

At first, the pop-up centered around their love of iconic English dishes such as corned beef bagels and meat pies, but continued to evolve and expand. Two Hands will now add more permanent vibrancy to Winnipeg’s restaurant scene as Mr. Robins and Mr. Misanchuk now renovate a brick and mortar location on West Broadway.

Interesting single malt gins, vodkas and whiskeys are just a stone’s throw away these days in the crowded micro-distilleries scene. So what does a person have to do to stand out from this pack?

Edmonton’s Faaiza Ramji has banked on the development of a field pea-based alcohol – aptly titled “Don’t Call Me Sweet Pea Amaro” – and if the buzz since the product’s summer launch is any indication, she bet right.

The unconventional concoction originated with the Fort Distillery in Fort Saskatchewan and is now widely available across the province. Home bartender enthusiasts and curious taste buds will appreciate Amaro for its herbaceous liveliness and subtle earthy aftertaste.

Given its long history in the Canadian culinary scene, it’s fair to say that Sal Howell’s River CafÃ© Restaurant is Alberta’s most iconic restaurant.

Being open for 30 years is a laudable achievement in itself. On top of that, staying open for three decades while garnering over 100 accolades across regional, national and international publications and remaining a leader in sustainability and locality deserves a standing ovation.

The restaurant celebrated its 30th anniversary in many ways, including a special anniversary tasting menu that features executive chef Scott MacKenzie the signature dishes of all the chefs who have run the kitchen before him.

Even though the roller coaster has been this year for the foodservice industry in the Prairies and beyond, there was certainly no shortage of new restaurants and bars in Alberta, Saskatchewan and Manitoba.

We have a weekly newsletter from Western Canada written by our BC and Alberta office managers, providing a comprehensive set of news you need to know about the region and its place in the issues Canada is facing. confronted. register today.